Warsaw trip for the beginners

Warsaw trip for the beginners

Have you been thinking about trying to discover Warsaw? This capital city is an extraordinary place as it has emerged from the ashes of the World War II. It is estimated that during this conflict 65 to 70% of all buildings were destroyed. Still, when you take one of Warsaw tours you would have never guessed that. We heartily recommend discovering this Fenix city with its UNESCO enlisted Old Town. ITS Poland DMC  can offer to you numerous Warsaw trips and tours.

Warsaw trip should be planned for at least 3 to 5 days. There are two airports here: Chopin Airport Okęcie and Warszawa-Modlin Airport so, getting to the city is fairly easy. Warsaw has also fast train connections with Cracow, Gdańsk and Poznań. In the city, it is good to secure a proper coach assistance for the sightseeing, as most Warsaw’s attractions are quite far from one another. Warsaw has a dens network of hotels, hostels and gastronomy points so, finding suitable solution for your Warsaw trip shouldn’t be a problem. In terms of hotel base, actually Warsaw itself has the biggest hotels in Poland, so it is also suitable for huge events such as congresses and conferences. We can find here 14 five-star properties, 27 four-star ones, 44 three-star ones and numerous two-star hotels and hostels.

There are numerous approaches how you can see the city and plan your Warsaw trip. The most popular ones include:

You will find all this Warsaw tours in ITS DMC Poland offer https://its-poland.com/

Not everyone knows that famous composer Frederic Chopin was a Pole. Actually, he was born very close to Warsaw in Żelazowa Wola. All Warsaw trips connected to Chopin must include Żelazowa Wola Chopin House Museum with the park, Pałac Ostrogskich modern multimedia Chopin Museum, Chopin Monument in Łazienki Królewskie Park and a concert of Chopin’s piano music.

Warsaw is very rich in WWII historic sites. People who are interested in history should definitely visit Warsaw Rising Museum, Palmiry forest memorial, Treblinka Concentration Camp, Pawiak Museum, Szucha Muzeum, Polish Army Museum, the Tomb of the Unknown Soldier, the Little Insurrectionist Monument and Warsaw Rising Monument. Of course there is also much more that your group can discover about WWII Warsaw but these are major highlights.

Warsaw can boast amazing palaces and castles. Of course, it is connected with the administrative role as Warsaw has been the capital of Poland since 1596. The must-see points on this list include the Royal Castle, Royal Baths and Wilanów Palace. Royal Baths and Wilanów both are surrounded by magnificent gardens and parks which offer amazing spot for relax after all day sightseeing. It is also worth to move slightly further from Warsaw and take trip to Nieborów Palace and nearby English garden and park in Arkadia.

Warsaw is a green capital. There are 76 parks with the common area of 715 hectares. We heartily encourage you to include green areas in Warsaw trips such as: Royal Baths Park, Wilanów Gardens, Saski Garden, Królikarnia, Agrykola, Skaryszewski Park, Ujazdowski Park or Krasińskich Garden. Visit in any of this gives great opportunity for relax during busy sightseeing programs. 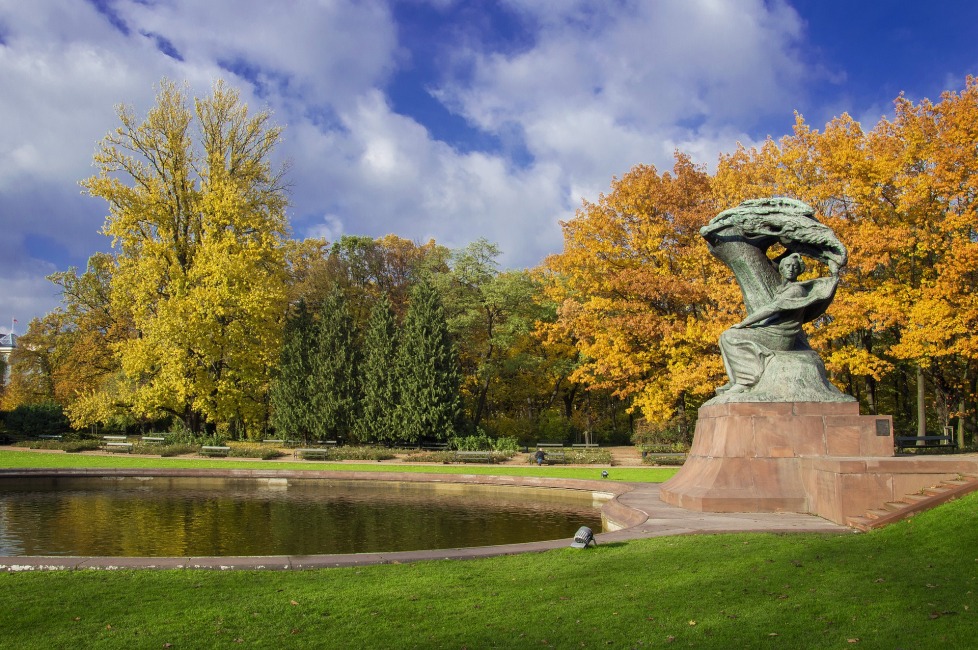 The Old Town in Warsaw was enlisted at World Heritage List in 1980. The Old Town is the only in the world (on this scale) area of planned and completed reconstruction of historic urban buildings after catastrophic destruction during the Warsaw Uprising in 1944, reaching about 90% of all buildings. It clearly shows the significance of the Old Town (and the whole Warsaw) for Poles. Tourists usually visit Palace Square, Royal Castle, the Old Town Main Square, Świętojańska Street, the Warsaw’s Mermaid Monument, St. John’s Cathedral, Barbican and numerous colorful tenement houses.

This Warsaw tour is very unusual. It includes moving around town in vintage communist vehicles and visiting such places as the Palace of Culture and Science, Vodka Museum and many other communist buildings.

All the above are just suggestions. We hope that we were able to inspire you somehow. We deeply encourage everyone to discover Poland and its unique capital city where strong communist influences intermingle with modernity and history.