At the outbreak of World War II, Warsaw’s Jewish community numbered more than 350,000 people. In the capital, as well as all over Poland,  Jewish religious and cultural life flourished. This entire colorful world simply ceased to exist because of the Holocaust. Today, generations of Poles who do not remember the pre-war reality, are not always able to realize the human and cultural dimensions of this terrible loss. Come with us on a journey in search of traces of a world that no longer exists.

The history of the Warsaw Jewish community essentially begins only during the partitions of Poland in the second half of the 18th century. Before that and as far back as the Middle Ages, Jews were not allowed to settle within the territory of the city and the Prussian authorities eventually gave permission for them to do so. Starting then, the Jewish population in the city grew steadily. Jewish religious organizations, cultural institutions, social and political associations and media were established along with synagogues, schools and hospitals. Jews shared the fate of the Poles under the occupation and engaged in the struggle for independence, taking an active part in uprisings. At the beginning of the 20th century they created the Warsaw Jewish Museum, a Judaic library as well as the sports club “Maccabi” in what was then an independent Poland. The end of this extraordinary development was brought by the Second World War, which saw the establishment of the ghetto and the  deportation of its inhabitants to concentration camps, where most of them were murdered by the Germans, as well as the suppression with absolute brutality of the ghetto uprising.

Walking tours start at Próżna Street, the site of the only fragment of the former ghetto wall. We will take a walk around the area of the former ghetto, which, before the war, was one of the largest Jewish population centers in Poland.  and the Monument to the Heroes of the Ghetto.

The Polin Museum of the History of the Polish Jews will take us on a journey through a thousand years of history of the Jewish people in our country. At the end of the tour, we will pay a visit to the pre-war Nożyk Synagogue.

Tour lasts about two to five hours, depending on how long the visit to the Polin Musuem takes 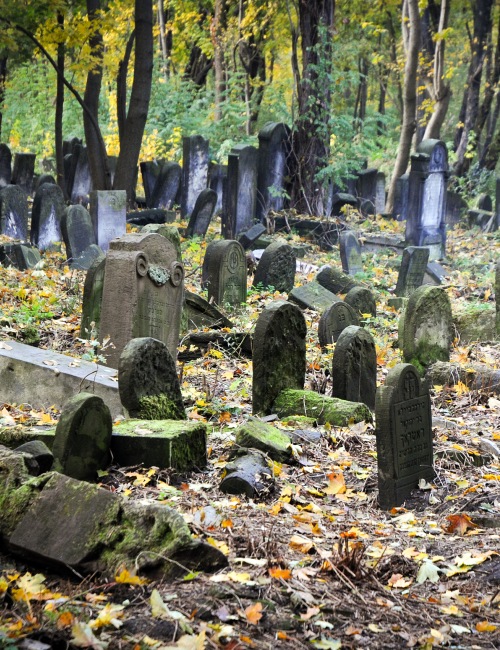 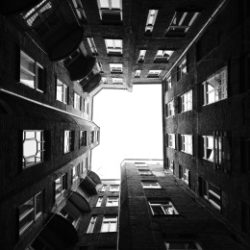 Próżna Street owes its name, which means something like “empty” in English, to the fact that, even in the 18th century, there were no homes along the street. In time, thanks to the investments of wealthy Jewish merchants, it became but one of the most prestigious addresses in Warsaw. The street found itself  within the original boundaries of the ghetto when it was established in 1940. A small fragment of the street survived the liquidation of the ghetto and the general ruin brought to Warsaw by the war. This was undoubtedly due to the fact that, in March of 1941, the size of the ghetto was decreased and Prozna street was outside of the new boundaries. During the Warsaw Uprising, an intense fight took place here but still four tenement houses located on either side of the street somehow survived the turmoil. Due to having been a silent witnesses of the dramatic events that unfolded here in 1939-1945, Prozna street became a symbol and a space to cultivate the memory of what happened. It is now the site of the Festival of Jewish Culture in Warsaw. This way also leads the way to the Nozyk Synagogue, to which every week Orthodox Jews go to start the Sabbath, restoring a bit of the street’s history if only in a small way.

In the 19th century, Jews from areas in present day Lithuania and Belarus began to settle in this area, currently located in the heart of Warsaw. With time, the mainly Yiddish and Russian-speaking Jewish population came to represent nearly 90% of the district’s residents. Pre-war Muranow had a distinctive landscape, with very dense development consisting of both residential and industrial buildings. In 1940 it became part of the area inside the ghetto. Its inhabitants shared the tragic fate of the remaining Jews of Warsaw, closed in a small area and separated from the rest of the world. After the uprising in the ghetto, the district was razed to the ground. Contemporary socialist-realist Muranów was built on the ruins of the uneven ground, hence the characteristic terrain. The district is a symbol of the absence of hundreds of thousands of Warsaw Jews and the desturction of the evidence of their very existence. 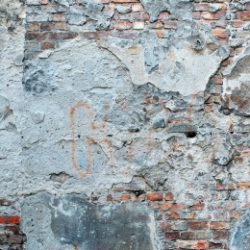 Fragments of the Ghetto Wall

The Warsaw Ghetto was the largest in the entire area occupied by the Third Reich. The number of victims, both those murdered in the ghetto and deported to concentration camps, is estimated at nearly 400,000 people. The closed Jewish district of the German occupation authorities was established in October of 1940 and was completely cut off from the world in November. The wall that separated it often literally marked the boundary between life and death. In the summer of 1941, most of the inhabitants of the ghetto were deported to the Treblinka extermination camp and murdered. After the war, the fragments of the walls that survived the suppression of the Warsaw Ghetto Uprising and the Warsaw Uprising were demolished. There are only a few fragments remaining,  which are preserved between building plots or building walls defining the former boundaries of the ghetto. We will visit one of them and you will learn about how the residents of the ghetto lived and died. 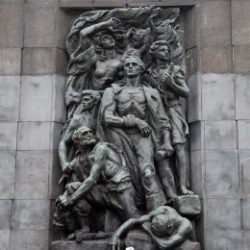 Monument to the Heroes of the Ghetto

We remain within the limits of Muranów district on the ruins of the ghetto to visit a monument that was erected on the fifth anniversary of the Warsaw Ghetto Uprising, April 19, 1948. Its form resembles both the ghetto wall and the Wailing Wall of Jerusalem. The monument acknowldeges the heroic efforts of the Jewish Fighting Organization and their valiant fight against the Nazis on behalf of the helpless victims of the Holocaust. The monument is built of stone that was selected by a leading architecet of the Third Reich, Alber Speer, that was meant to build another monument celebrating the victory of Adolph Hitler after the war. It is here that we learn the about the history of the Uprising, its fighters and commanders.

The Polin Museum of the History of Polish Jews

The Polin Museum is certainly one of the best and most important museums in Poland and Europe. The building itself is very impressive and has been the object of praise from around the world.  The Polin Museum – “Polin” is “Poland” in Yiddish, the language of Ashkenazi Jews – chronicles one thousand years of Jewish history in Poland with multimedia exhibits and theatrical set design that transport visitors back in time while helping to preserve the memory of the priceless heritage of the Jewish people in Polish history.

An important part of our tour is a visit to Warsaw’s Powazki Jewish cemetery. The cemetery was established in the last decade of the 18th century and is now one of the largest on the continent, with nearly 200,000 tombstones over 30 hectares. It was within the original boundaries of the ghetto and after its reduction became one of the most important ways of smuggling food into the closed area. It was here that burials took place for those murdered in the ghetto and Jewish insurgents as well as executions by the Germans. During the Warsaw Uprising, the Jewish cemetery was the site of heavy fighting. Today, it still functions as a cemetery. 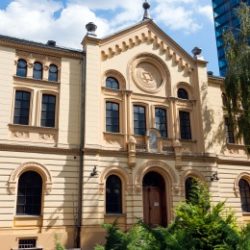 We finish our walk in one of the few places a place that survived the destruction of the pre-war world – the Nożyk Synagogue. At the outbreak of World War II, it was one of the most magnificent synagogues in the capital. For over a year it served the residents of the ghetto but after the boundaries were reduced it was outside the area although the occupation authorities had ordered its closure anyway. The Germans devastated and desecrated the synagogue, turning it into a stable for horses. Today, it is the main synagogue of the Jewish community in Warsaw.